Southern Implants has been a pioneer in the top-end specialist sector of the dental implant market since 1987, servicing maxillofacial and craniofacial surgeons, prosthodontists, periodontists and general dental practitioners alike. 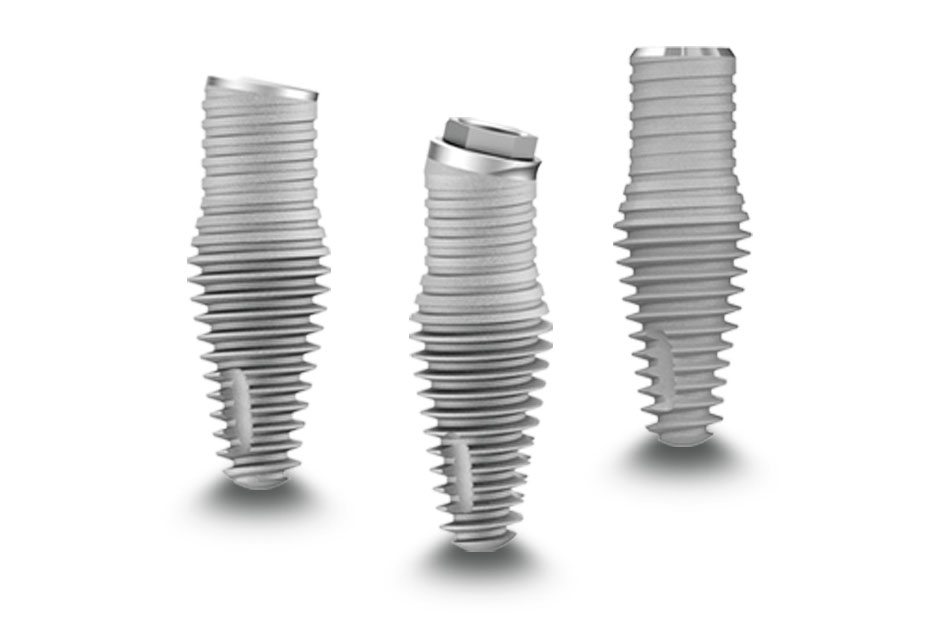 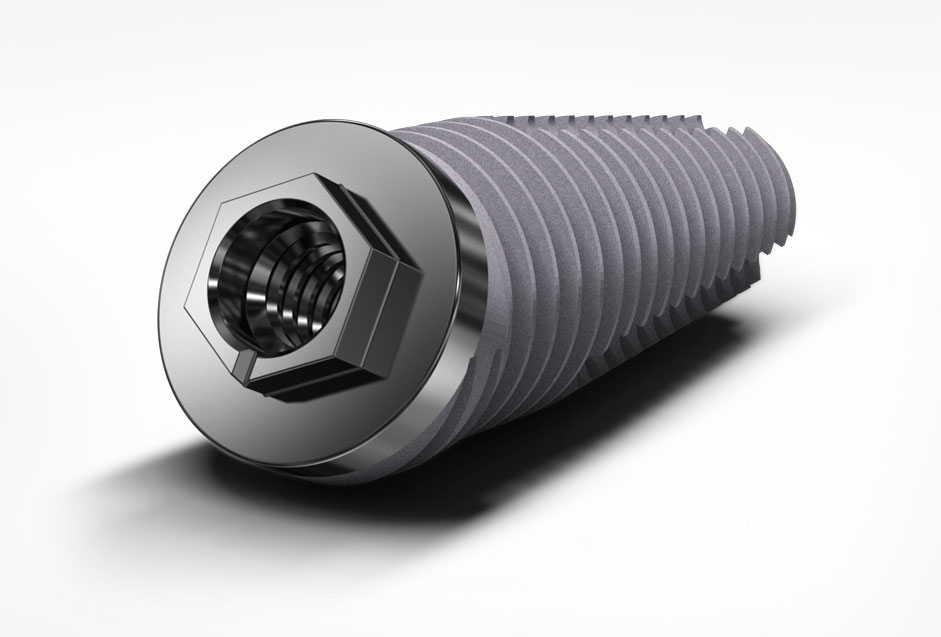 Co-Axis® is the first threaded dental implant with an angled prosthetic platform correction.
This innovative design from Southern Implants allows oral surgeons and other dental professionals to utilize existing bone while maintaining the restorative platform at an angle that ensures an optimal esthetic result.
More Information 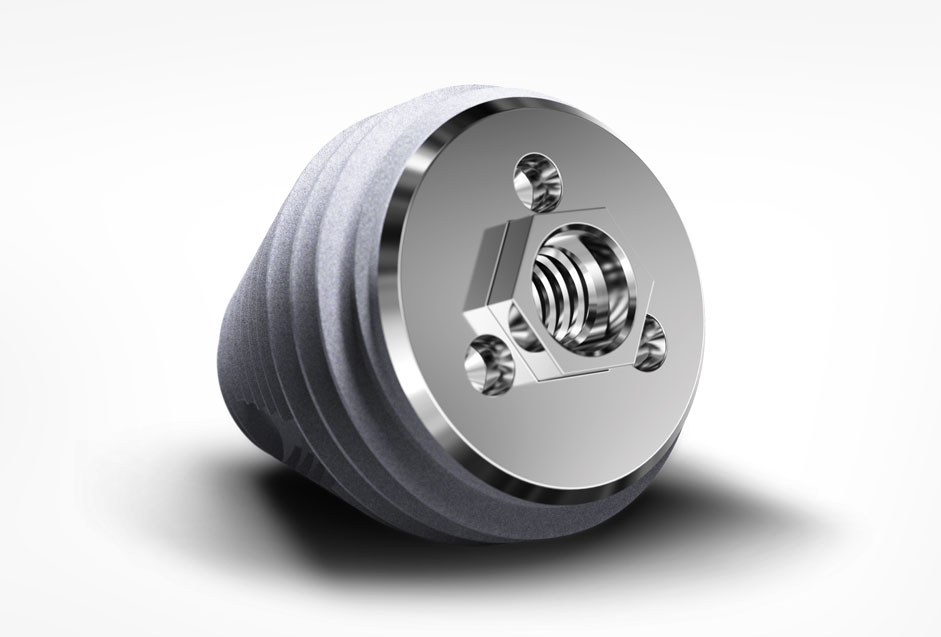 The MAX tapered dental implant system is the first to allow for immediate placement into a multi-rooted molar extraction site.
More Information 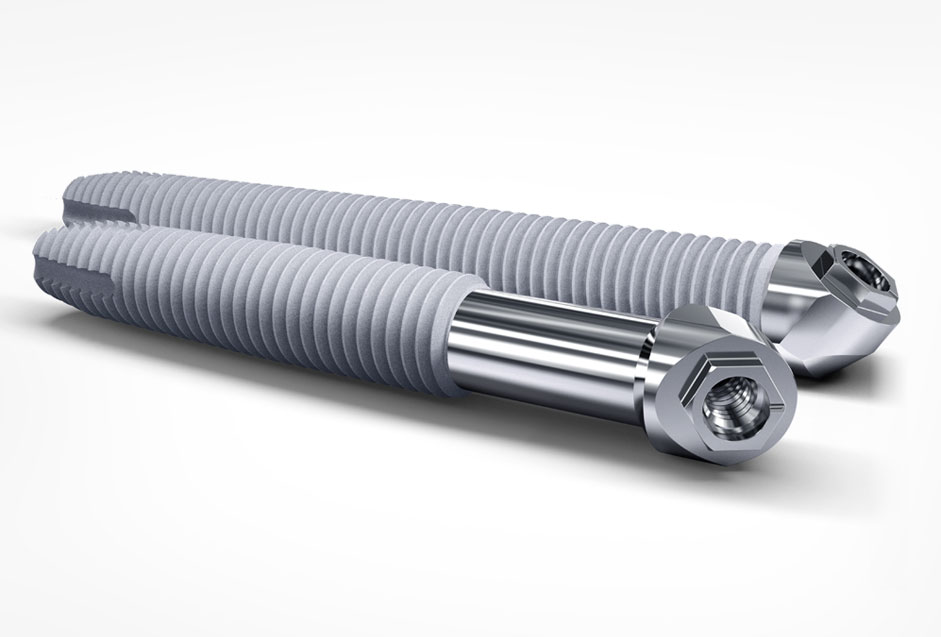 The Osseointegrated Fixtures system extends the use of osseointegrating implants from dental only applications, to the attachment of prosthetics outside the oral region. Osseointegrated Fixtures have been developed to enable the attachment of external aesthetic restoration prostheses when suction or adhesives are inadequate. This has been found to be useful for both craniofacial prostheses and prosthetic digits on the hand.
More Information 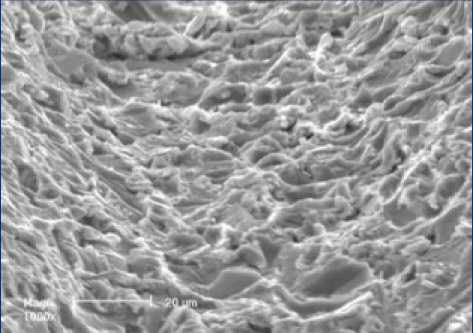 The Southern Implants surface is classified as “moderately rough” (Sa 1-2μm), and is achieved by blasting with alumina particles followed by cleaning with inert solvents to remove blasting residues.

A. The first experimentation with this Southern Enhanced surface was in 1992. After extensive validation it was put into widespread clinical use in 1997. It is achieved by a subtractive process in which specifically sized and shaped, sharp cornered, Alumina particles (A 1203) are blasted with decontaminated air onto the implant surface with controlled pressure, displacement and time.

B. The particle size of 11 Oμm is supported by the work of Soskalne (Israel) and Wennerberg (Sweden) on the one hand and Ronald (Norway) on the other. Based on their research, greatest bone to titanium bond strength is obtained with abrasion particles greater than 75μm and less than 170μm…
More Information 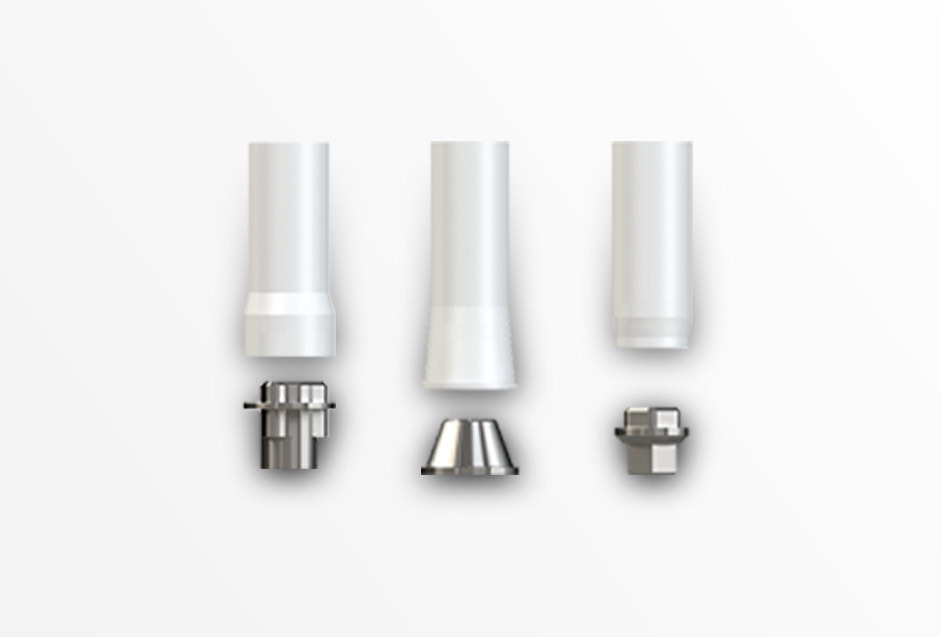 The Passive Abutment allows a predictable passive fit of superstructures in a repeatable way for both milled and cast restorations. This is accomplished by luting a pre-machined titanium interface into the finished prosthesis, using the laboratory master model.

This product is built on the premise that impeccable fit to the implant (minimizing microgap) is of great importance for longevity of implant treatment. The best milled interfaces result in 15 to 50 micron microgaps. Passive Abutments can be used with cast or milled abutments and structures, and reduce microgap to less than 3 microns.
More Information 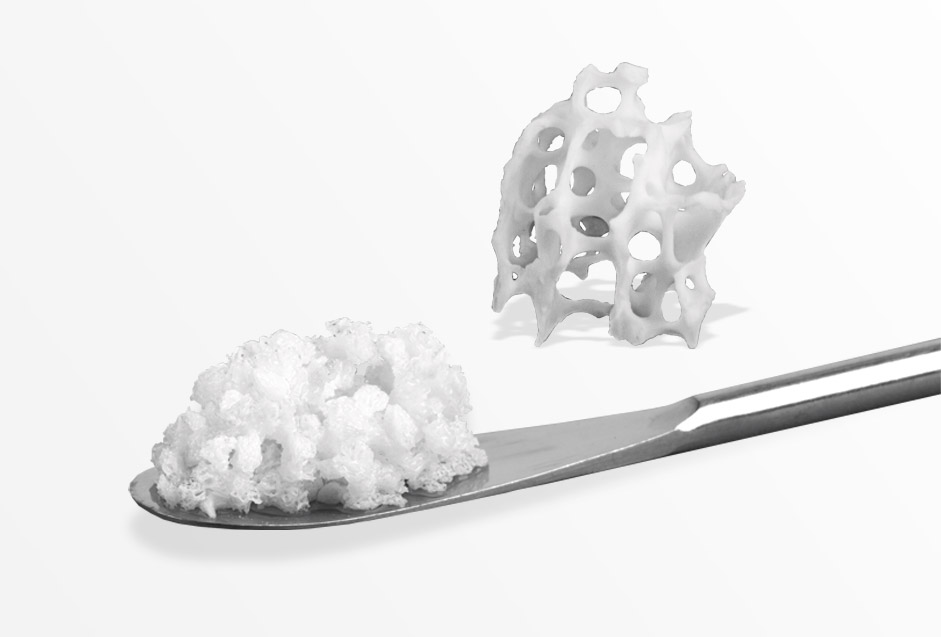 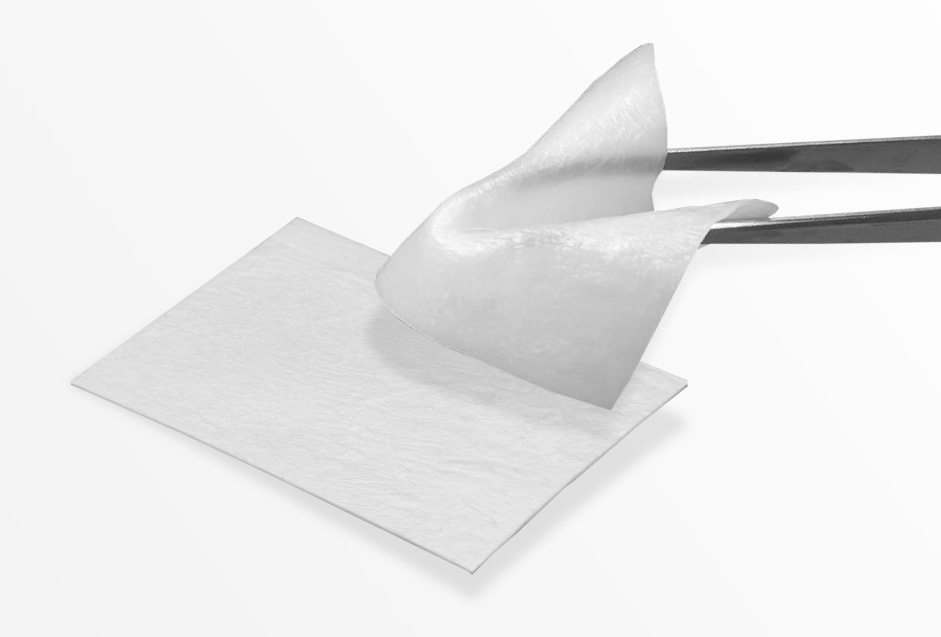 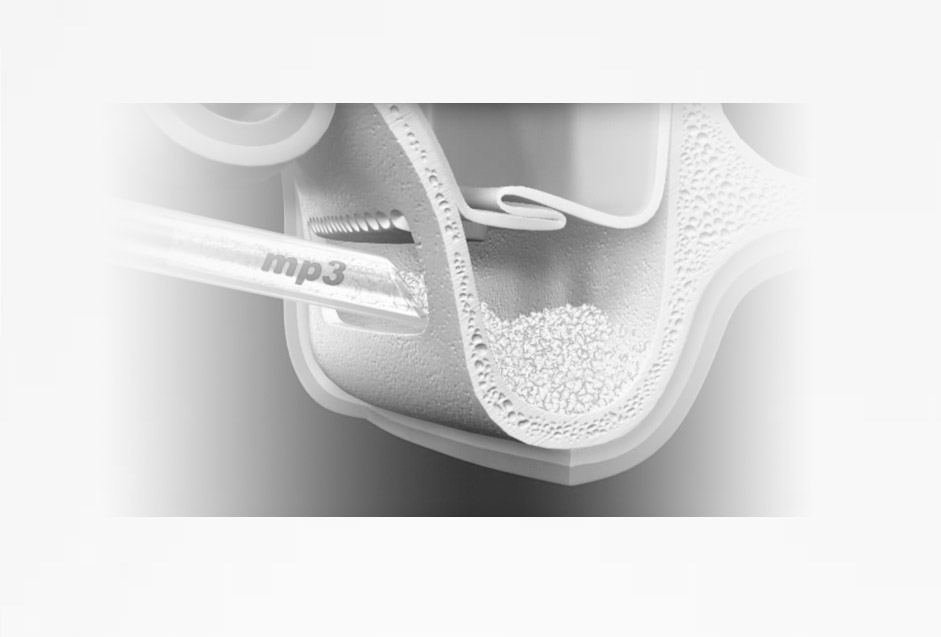 The concept of biocompatibility by itself has an essential purpose in the implant of permanent prosthetic elements inside the human body, but it is extremely restrictive in case of materials used for bone reconstruction. In the case of synthesized hydroxyapatite or natural bone hydroxyapatite derived from aggressive manufacturing processes, osteoclastic cellular response is slow, causing extremely prolonged resorption time.
More Information 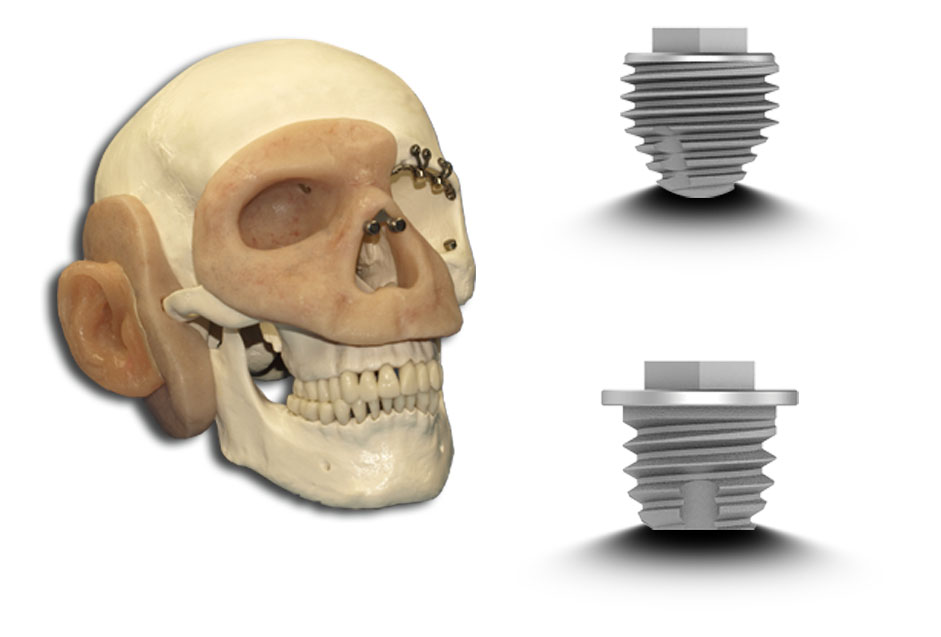 Southern Implants collaborates with leading rehabilitation centers around the world, to design and manufacture Innovative products, for the treatment of patients with craniofacial defects.
More Information